FORT BUCHANAN, the feature debut of American-born, Paris-based writer-director Benjamin Crotty marks the arrival of something rare in contemporary cinema: a wholly original sensibility. Expanding his 2012 short of the same name, Crotty chronicles the tragicomic plight of frail, lonely Roger, stranded at a remote military post in the woods while his husband carries out a mission in Djibouti. Over four seasons, Roger (Andy Gillet, the androgynous star of Eric Rohmer’s The Romance of Astrea and Celadon) seeks comfort and companionship from the army wives in the leisurely yet sexually frustrated community, while trying to keep a lid on his volatile adopted daughter, Roxy. Shot in richly textured 16mm, Crotty’s queer soap opera playfully estranges and deranges any number of narrative conventions, finding surprising wells of emotion amid the carnal comedy.

Below is an interview with Benjamin Crotty @MoMA, March 28th 2015

Dana Knight: You’re the second American filmmaker I spoke to recently, the first one being Eugene Green, who lives and makes films in France. What is it like to work under the French system? 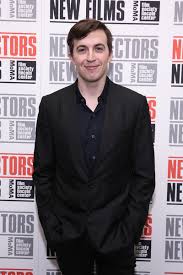 Benjamin Crotty: I think Eugene Green has lived there for quite a long time, I think he might be a French citizen now. I lived in France for 12 years and my experience is exclusively European, I don’t have an American comparison. I was born in the U.S. and when I moved to France I hadn’t really started making film work. At this time I was a painter and only really started to become interested in making movies while I was in France. And I really came at it from an artist’s perspective, I was quite autonomous. And it’s only with this project Fort Buchanan, this is the first project where I was involved with French public financing.

Knight: So you actually have no experience of making films under the American system.

Crotty: No. Actually I’ve  just finished the first draft of an American script and I’m just starting to get an idea of how it works. But it seems very very different. When you’re working under the French system there’s a lot more support and subsidies than there are in the U.S. so that’s a good thing for me!

Knight: The French don’t have Kickstarter though!

Crotty: They have something similar called Kiss Kiss Bank Bank.

Knight: That’s a hilarious name for a funding system!Who ever said the French don’t have a sense of humour!

Crotty: Yes. And I heard that Kickstarter is just starting now…

Knight:  Fort Buchanan is a very unusual creation. What inspired it?

Crotty: There’s a short-term and a long-term inspiration for Fort Buchanan. The long-term one – I grew up relatively close to an airforce space and I remember being quite intrigued by it, by its community feel. This place was a bit cut-off and as quiet as a bubble, they had their own schools and stores. When you’re a kid, that’s like an alternative reality, which is very interesting for kids! And I also made a short film that deals with the Iraq war, my little brother was in the army in Iraq.

Fort Buchanan mostly deals with the spouses of those in the army, it’s about the domestic side of war. This is something I became interested in after seeing this show on Lifetime TV, it’s like a soap opera about army spouses. I was very intrigued by this cultural object, it’s a weird hybrid of soap-opera and war drama.

Knight: Why did you decide to borrow the dialogue from TV? In cinema, this is unheard of. Most TV dialogue has this directness and quality of being “on the nose”, whereas film dialogue is supposed to be sparse and subtle and full of subtext… 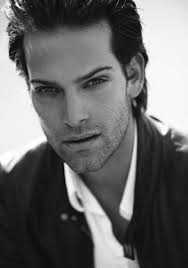 Crotty: I’m a big fan of Éric Rohmer’s films, the star in my film Andy Gillet was the star of Éric Rohmer’s last film. A funny thing is I grew up in Washington State, Buchanon, a town where there were no art house cinemas. But they did haveÉric Rohmer films in the Public Library and I remember watching them when I was a kid. Back then I did not know about art cinema, so I thought they were like French “blockbusters”. And Éric Rohmer’s films have a particular vocabulary, very dense but I thought these films were representative for France, I thought this is how people probably speak in France!  So there was some shock when I grew up and realised that was not the case! That’s also when I realised what auteur cinema is. I also started to ask myself what role this particular way of speaking plays. So that’s where I got the idea of constructing this film with building blocks that are from a common culture.

Knight: This way of constructing a film has no precedent in cinema, has it?

Crotty: Perhaps not. But appropriation is a very common strategy in contemporary art so there are a lot of precedents in art.

Knight: Were you fascinated with the dialogue on this  TV show?

Crotty: I was. I didn’t watch it that frequently so when I did watch it, it had a really high impact on me. A lot of TV dramas really cut to the chase and the dialogue is very honed. In some respects I find it to be very beautiful in its efficiency. And it’s written by writing teams, so I suppose they peel away any unnecessary particulars and the words become like an arrow.

Knight: How about story and characters? Are they yours or have you deliberately borrowed plot lines and character traits from TV shows also?

Knight: This is very interesting because the film doesn’t give the impression of being made of all these disparate elements. The film feels very “organic”, everything gels so well.

Crotty: Yes and it’s important to emphasise that. When I speak about the film it sounds like this is a very complex cultural object but I find it to be quite a simple film actually. There’s a difference between my interest in construction and the actual experience of watching the film. So yes I think it’s quite an “organic” film for a viewer.

Knight: With this kind of dialogue, the acting ran the risk of being quite mannered but it is not, how did you achieve that?

Crotty: I think when you start watching  the film there’s a period of confusion and either the viewer is really turned off by the film or you accept it. And if you accept it then everything else appears quite natural and harmonious within the overall frame of the film. But it’s a credit to the actors also.

Knight: How did you work with them?

Crotty: We shot the film in 15 days, a very short amount of shooting time but it was spread out over a period of a few years. Because of this long time in between shoots, we had quite a lot of time to get to know each other. By the end I had a pretty good familiarity with the actors, what they can and cannot do. And it was a bit different for each one.

Knight: Was it fun on the set? I imagine this being quite a fun film to shoot!

Crotty: Well, I think it was really fun for the actors but I was pretty stressed! As my producer said at the Q&A, although this film just finished, it feels quite melancholy because I’m sure I won’t be able to make a film like this again. There’s something quite naive about the way we made this film and I don’t know if it could be reproduced. But yes it was a lovely experience, for sure.

Crotty: Yeah but also when I was working on the film I was interested in creating something that wasn’t focused on the individual psychology of the characters but more on the group psychology. So I was thinking a little bit of animal documentaries where you follow a herd of animals from one season to the next. It seemed like a good way to follow this group of people! For instance, in the summer portion of the film they all go to Djibouti, it’s almost like a herd migrating! And I was also a little bit interested in Medieval ideas of “humours” , [each season being connected to certain human characteristics], with summer being more sexually motivated. It was also a way to structure the desires of the group and to counterbalance the pop nature of the writing. I also like this medieval way of structuring time compared to contemporary seasons on TV or episodes. It’s a different way of structuring emotions and time.

Knight: I’m also curious about your influences. You come from an art background so you obviously think about film differently than someone who went to film school. Your film reminded me a bit of Hal Hartley’s films.

Crotty: I’be been told this but I’m actually not very familiar with his films […]. I certainly watch a lot of movies but my thinking about films comes more from contemporary art strategies. In our day and age, films have usually a touch of realism. The character of Travis who is the protagonist of the last part of the film – he is someone who comes back from the war and has a really tough time adjusting to domestic life and ends up killing himself by jumping off a tree. So if you were casting this character in a film with a realist vein, you would probably choose someone who looks like a father and soldier, someone strong and a bit older. But the actor who plays Travis is this poetic, tragic-looking boy. So this is counter-intuitive casting. And this is something that in contemporary art practice is very common, it is very common to play around with these things. And the sense of play and playfulness is perhaps really important in the film.

Knight: You also play around with gender stereotypes, you turn gender stereotypes up-side-down. There are some incongruous scenes, such as the daughter hitting her father at the beginning. And having Roger be the tragic romantic figure whereas the female characters are pragmatic if not a bit predatory.

Crotty: Yes, totally. When I watched TV shows like Modern Family or shows in the US where they try to bring in a gay character, it makes you wonder what is the end game of homonormativity in culture. The Roger character is a very empathetic character but also quite funny, he is also conservative in a way that is difficult for gay men in our culture to be: he never had premarital sex, he dropped out of school to have a child, things that don’t normally happen to a man.

Knight: But he’s also quite convincing in this role!

Crotty: Yes, I even see aspects of myself in this character and also aspects of men and women that I know.

Knight: Considering your fascination with TV dialogue, would you considering writing for TV in the future?

Crotty: I would certainly consider it, for primarily financial reasons! But I don’t have much experience…I know that in the US there are a lot of TV channels and that creates a lot of opportunities. Channels like HBO for instance – you can offer something quite extreme on these channels because people subscribe to the entire channel whereas with a film you really have to cater to a large audience and that means taking higher risks. But that could change, I don’t know if that will continue or not.