FREDERICK WISEMAN is probably one of today’s greatest living documentary filmmakers.  For almost 50 years, he has created an exceptional body of work devoted primarily to exploring American institutions. His early films  expose societal problems, revealing the profound inequality  of American society.  They are also a reflection on democracy, a questioning of the world and how we exist in it.

His latest film, AT BERKELEY,  is a 4-hour documentary about Berkeley University, one of the most forward-thinking and creative universities in the United States.  Shot in Wiseman’s signature detached, non-involved, “direct cinema” style, the film introduces us to an array of lectures, from high-tech engineering for human prostheses and taxidermy classes to impassioned debates on the inequalities of the American education system and animated management meetings.

AT BERKELEY screened at the 57th BFI LONDON FILM FESTIVAL where I had the honour to meet the legendary filmmaker. This interview was taken on October 14, 2013, at Filmmakers Afternoon Teas, Mayfair Hotel, London.

Dana:What sparked your interest in this project?

Dana: What were your expectations before you started work on this project?

Frederick: The only expectation was that I assumed that if I hung around there long enough, I’d get enough good material out of which I could cut a movie. But I didn’t start from any point of view, I didn’t have a thesis. …The final film is in a sense a report on what I leant.

Dana: Because you went in with a totally open mind, were there any surprises?

Frederick: I think I went in with a totally open mind. And I wasn’t disappointed at all, Berkeley is a great university, I was privileged to be able to work with them. It was nice to see that the Chancellor, who is the Head of the University, and his administration cared so much about the university and worked so hard to preserve its standing integrity in the face of an enormous financial crisis.

Dana: Critics bring up “middle-class angst” when they talk about your film, is this something you tried to capture?

Frederick: Well, I think some of the sequences of the film do that, the film captures the concern about middle-class students, about finding the money to pay the tuition, all those students who are not able to get a scholarship. And the tuition is high and the living expenses are high, and many of their parents either lost their jobs or their salaries were cut back because of the economic crisis.

Dana: Do you now feel you know this institution inside out?

Frederick: I think it would be presumptuous for me to say I know it inside out, I know some of it and I had the privilege of being able to participate in all kinds of activities that are normally closed to the public. Whether I know it inside out I don’t know.

Dana: It would have taken maybe a much longer film…

Dana: How many hours did you film? 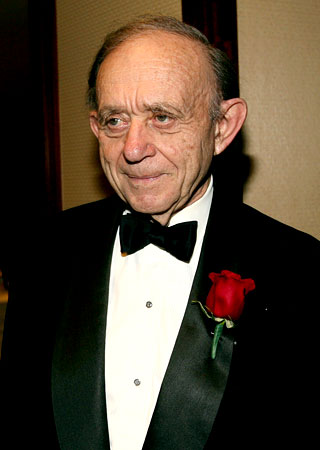 Dana: How did you decide on what goes into the film and what is left out?

Frederick: What happens in the editing is thinking my way through the experience of being there for 12 weeks based on the notes that I had of that experience, which were the rushes. It’s in trying to think what the rushes mean to me that I discovered the film.

Dana: On the subject of cinéma vérité, I know you’re not a fan of this concept…

Frederick: I think it’s a pretentious French term. What I try to do is edit the films so that they will have a dramatic structure, and for me the term cinéma vérité or at least observational cinema connotes just hanging around with one thing being as valuable as another and that is not true. At least that is not true for me.

Dana: But talking about the “truth” value of a documentary,  can we ever learn the truth about anything?

Frederick: Well, no, it’s always someone’s version of what is going on.

Dana: There is no absolute truth …

Frederick: And even if there were, how would you know when you found it! There’s no God that gives you 10 out of 10 for finding the absolute truth.

Dana: What is the next institution you are going to explore?

Frederick: I’m not sure what I’m going to do next but I’ll probably do something similar.

Dana: What was your favourite of all the institutions you tackled so far?

Frederick: Of all the movies I’ve done? It’s like asking me which of my children I like the best!I like them all. I always tend to like the most recent one the best because that’s the one I worked hardest on recently.