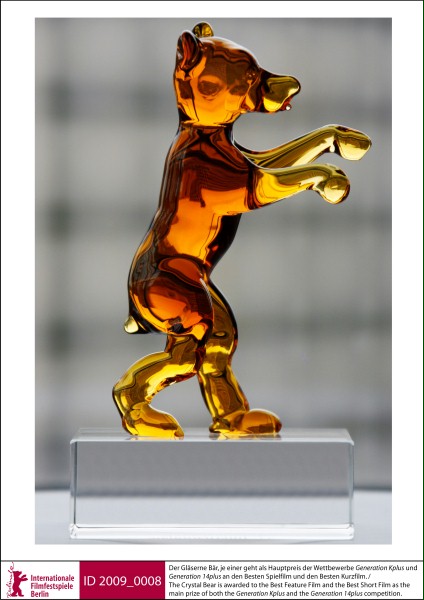 I’d like to start by making clear that, after the initial bafflement at the Berlinale Awards Ceremony last Saturday passed, I’m actually very glad this year’s Golden Bear went to Adina Pintilie’s Touch Me Not.

However, this has nothing to do with the film itself, but with the strong public reaction it stirred, especially in its home country, Romania.

There is a huge misunderstanding around this film, which could explain why the press generally disliked it and why many high-profile critics wrote extremely bad reviews about it.

Adina Pintilie’s Touch Me Not is not really cinema, it’s an art installation, in an unfortunate case where the programmers mistook the medium/format for the final product.

And if you judge an art installation by cinematic criteria, of course it falls short. First, it comes across as highly pretentious and cerebral.

One of the first things I found striking about the film (apart from its insidious visual style that draws so much attention to itself), is the fact that, although the “characters” speak incessantly about their emotions in a tentative exploration of human intimacy, no emotion is actually being transmitted to the viewer.

And for very good reasons:  cinema normally uses a dramatic framework to explore human feelings and emotions, it doesn’t make characters just talk about them.

Well, this is experimental cinema, one might argue. But according to the filmmaker, it’s not. Adina Pintilie strongly rejects this label. And who are we to contradict her, who else knows better what she made than the filmmaker herself?

Another line of reasoning could be that this is a highly conceptual, hybrid construction, more of a documentary mixing reality and fiction, with some of the people you see on the screen playing themselves and talking about their real emotions directly to each other or to the camera. But if it’s real, why does it sound so contrived? Being real and sounding real are two very different things. Good cinema makes believe, in other words, it makes things that are not real, sound and appear real. This film does the opposite – a total paradox. And this is through no fault of the actors and all those participating in it. If you read the transcript of the film, it would probably sound very intelligent. I for one blame it on the film’s style.

Another of my contentions has to do with the unnecessary adornment of the film with all sorts of film gimmicks that give the impression of something very sophisticated (think Godard in Le Mépris) but in reality don’t serve any clear purpose: such as placing a camera in the frame, to kind of highlight the filmmaker’s intrusion into the artwork. Through this device, the filmmaker is addressing Laura: “You’re probably wondering why I’m in your bedroom”…). But the use of this technique here is ill-inspired, it only distracts and puzzles the viewer or makes him/her ask unnecessary questions (such as one blurted out loud at the press screening: “Yeah, why are you in her bedroom?”).

On the subject of questions being raised by the film, another issue is that the film verbally asks them: “How do they f*cking manage?” (Meaning: how do people manage with their conflictual emotional baggage?). This is, we were informed at the press conference, the core question the film intends to raise. Again, good cinema doesn’t need to verbalise these questions, the viewer is supposed to ask those questions himself/herself. Or are we patronisingly being told what we should ask, think or feel here? When you see a film about the Holocaust, whether documentary, fiction or hybrid, no one is musing on screen: “Oh dear, how do these people actually manage?!”

On the plus side, I’d like to argue that, as paradoxical as it might sound, Touch Me Not is good art. Why? Because of the huge reaction it stirred in the filmmaker’s own country, following news of its being awarded the Golden Bear.  Some TV personalities had very heated words to say about the film, while apparently even the Coalition for the Protection of Family is getting mobilised against it! Scary stuff.

While there is no substance to this statement, while I completely disagree that all Golden Bears are bad films (one only needs to think of, more recently, Fuocoammare or the surreal Of Body and Soul), this kind of reaction points to a debate to be had about what the Golden Bear films should and shouldn’t be, what types of characters should populate them ( i.e. on the virginal side, rather than “whorey” side). How can you even begin to explain to a guy like this the depth of fascination that characters of prostitutes always held over the cinematic imagination?

But leaving all arguments aside, aesthetic or otherwise, good art should stir sh*t up. What is its purpose, otherwise,  if not to stir things up and make the invisible (thoughts, feelings, ideas, mentality) visible?

Wes Anderson’s Isle of Dogs is cinematic perfection, but so what? If no one reacts to it, if it leaves people pleased but ready to move on, possibly energised but quasi-indifferent…Isle of Dogs is great cinema but does it function as art, in this sense?  And for that alone, for the strong emotional reaction the film triggered, Adina Pintilie’s film/art installation deserved the Golden Bear.

Regarding the film’s reception in Romania where it hasn’t even opened yet, the pertinent question to ask is: what, really, is the public’s problem with this film? It’s not that it contains sex scenes or nudity, we all know that sex sells.

My conclusion is that Touch Me Not was indeed misunderstood. But I seriously doubt that the reason critics disliked it has anything to do with the subject matter, with them being made uncomfortable by what they see on the screen (as the filmmaker herself hinted at) or with them being conservative or prude (some journalist’s misguided assumption).

It’s simply to do with the fact that their expectations haven’t been met: this film is an art installation masquerading as cinema, it belongs in a different kind of art space, a gallery or maybe a museum. And I’m pretty sure the art world will appreciate it. 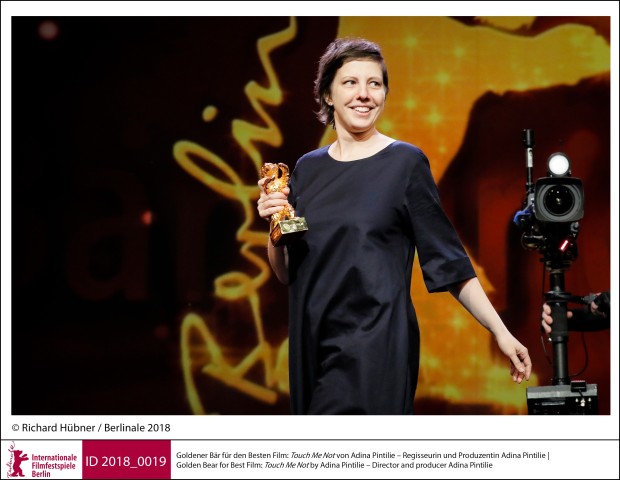